Open to the Lehigh Community

Sa'ed Atshan is Assistant Professor of Peace and Conflict Studies at Swarthmore College. He received his BA from Swarthmore in 2006. His research interests are at the intersection of peace and conflict studies, the anthropology of policy, critical development studies, and gender and sexuality studies. He has two forthcoming books with Stanford University Press: Queer Palestine and the Empire of Critique and Paradoxes of Humanitarianism: The Social Life of Aid in the Palestinian Territories (Anthropology of Policy Series). He also has co-authored, with Katharina Galor, The Moral Triangle: Germans, Israelis, Palestinians, to be published with Duke University Press in 2020.

Arie M. Dubnov is an associate professor of history and the Max Ticktin Chair of Israel Studies at George Washington University. His publications include the intellectual biography Isaiah Berlin: The Journey of a Jewish Liberal (2012), and two edited volumes, Zionism – A View from the Outside (2010 [in Hebrew]), seeking to put Zionist history in a larger comparative trajectory, and Partitions: A Transnational History of Twentieth-century Territorial Separatism (2019, co-edited with Laura Robson), tracing the genealogy of the idea of partition in the British interwar Imperial context.

Nitzan Lebovic received his B.A. in History and Theory of Literature from Tel Aviv University and his Ph.D. from UCLA. His first book, titled The Philosophy  of Life and Death: Ludwig Klages and the Rise of a Nazi Biopolitics (2013) focuses on the circle around the Lebensphilosophie and anti-Semitic thinker Ludwig Klages. His second book, Zionism and Melancholy: The Short Life of Israel Zarchi, came out in Hebrew in 2015 and will be published in June 2019 with the "New Jewish Philosophy and Thought" series at Indiana University Press.

Jodi Eichler-Levine is associate professor of religion studies and associate BermanProfessor of Jewish Civilization at Lehigh University. She is the author of Suffer the Little Children: Uses of the Past in Jewish and African American Children's Literature, which explores how traumatic pasts are represented for young people; she is completing a book tentatively titled Crafting Judaism, forthcoming from UNC Press in 2020. Her academic interests in Jewish American children's literature, popular media, and material culture give her a vantage point on the diverse ways that Jewish Americans approach the conflict.

Lior Sternfeld is an Assistant Professor of History and Jewish Studies at Penn State University. He is a social historian of the modern Middle East with a focus on minorities and social movements in the region. His first book, Between Iran and Zion: Jewish Histories of Twentieth-Century Iran, was published in 2018 by Stanford University Press. 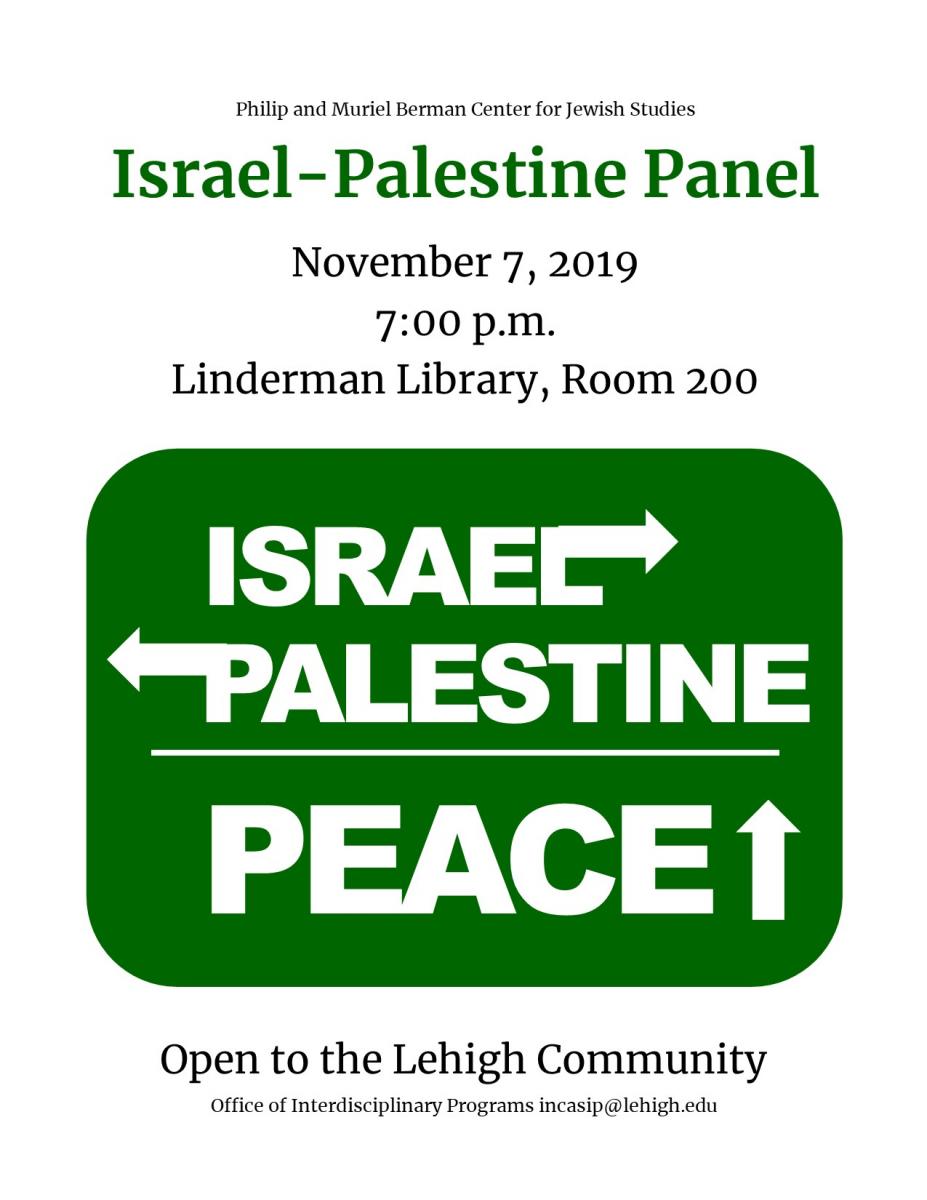